From the beginning of the twentieth century until June 2, 2013 the overflow of the Palobbia stream, a tributary of the Oglio river, took place thanks to the Long Bridge built by the military genius during the First World War. The Long Bridge develops within the wooded area, which is part of the Adamello Park, presence of natural elements and views over the valley of a still little known beauty. The context was marked by paths, old military and historical mule tracks of the Great War (cable cars, local stone constructions). The time limit is a minimum of reflection in a concept of “thin and stringy”. The work takes place lightly only at the banks, avoiding to affect the rocky slopes, which lead to the river bed, with permanent and invasive structures. The temporary bridge piece was designed to contain the old long bridge, not to disfigure the surrounding environment with other rock and rock works, as far as possible, to be able to exploit the banks already in place. The bridge deck is supported by cross-braced reticular beams, placed at the intrados, both to minimize the impact of the most imposing structures in terms of size and to maintain a better manufactured footprint over time). The size of the primary beams is visually lightened by pylons with a circular section, tapered at the ends, which recall, with their verticality, the trunks are surrounding woodland. The configuration of the pylons with a cable system that works in a simple and dynamic way. 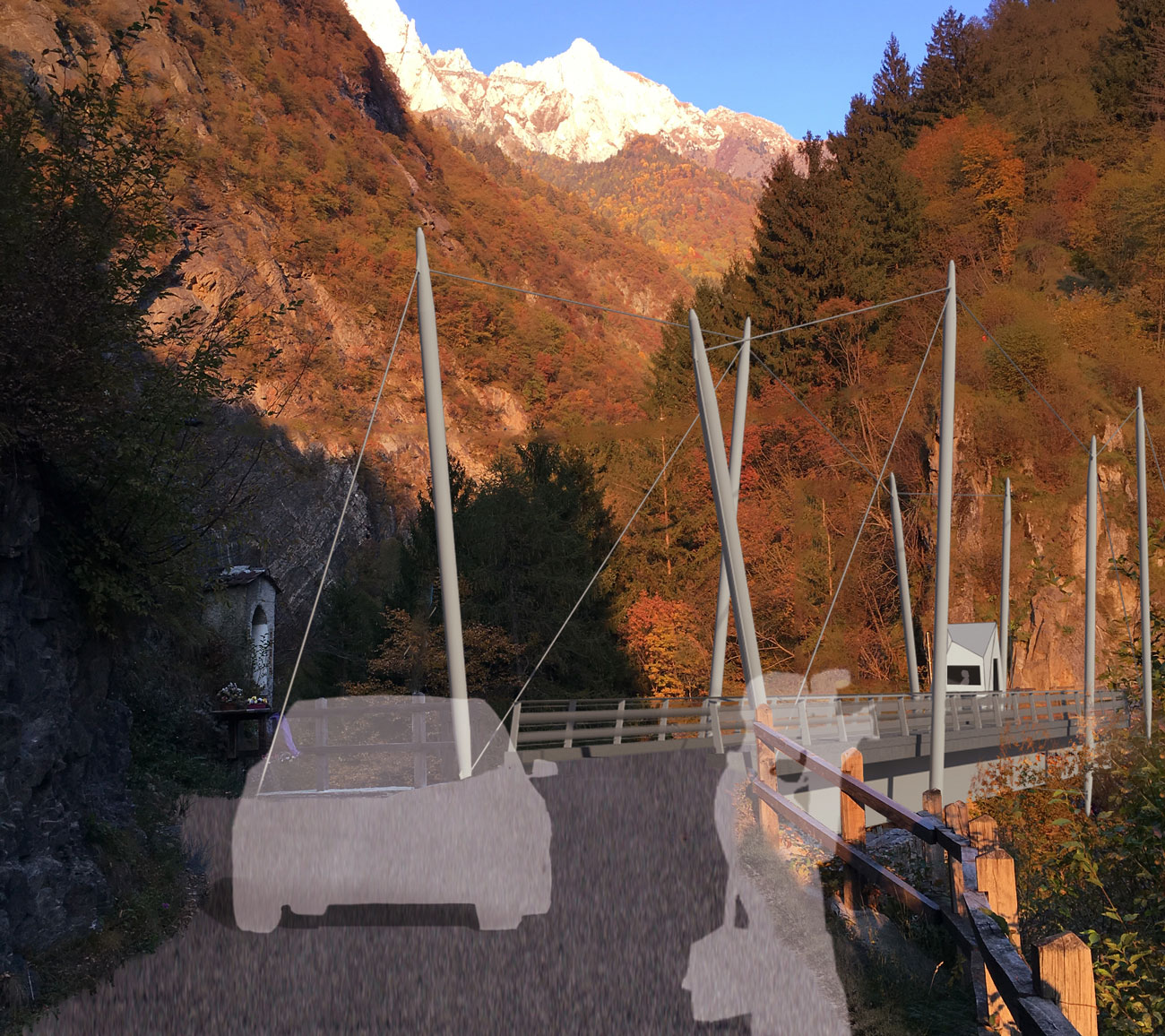 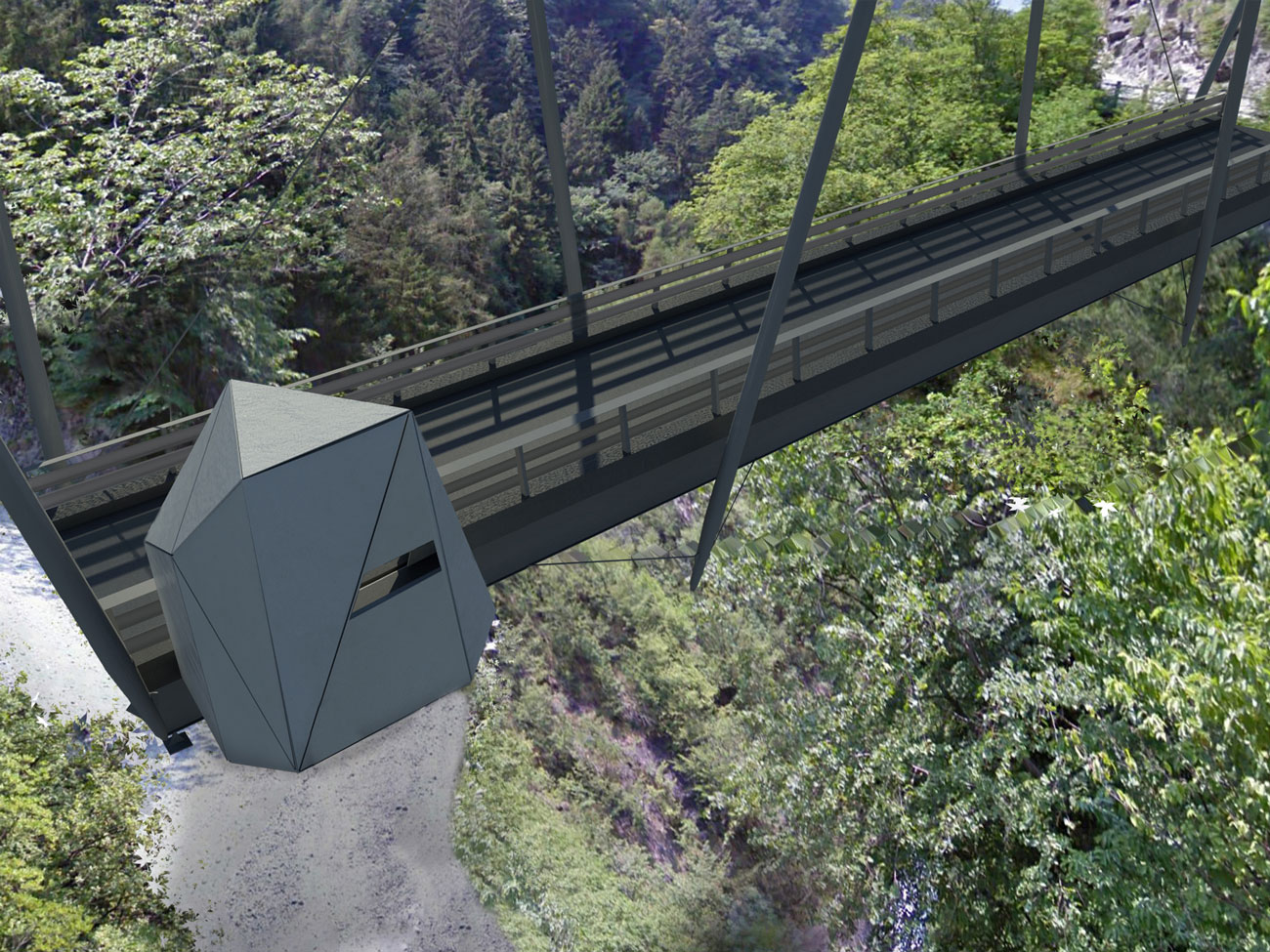 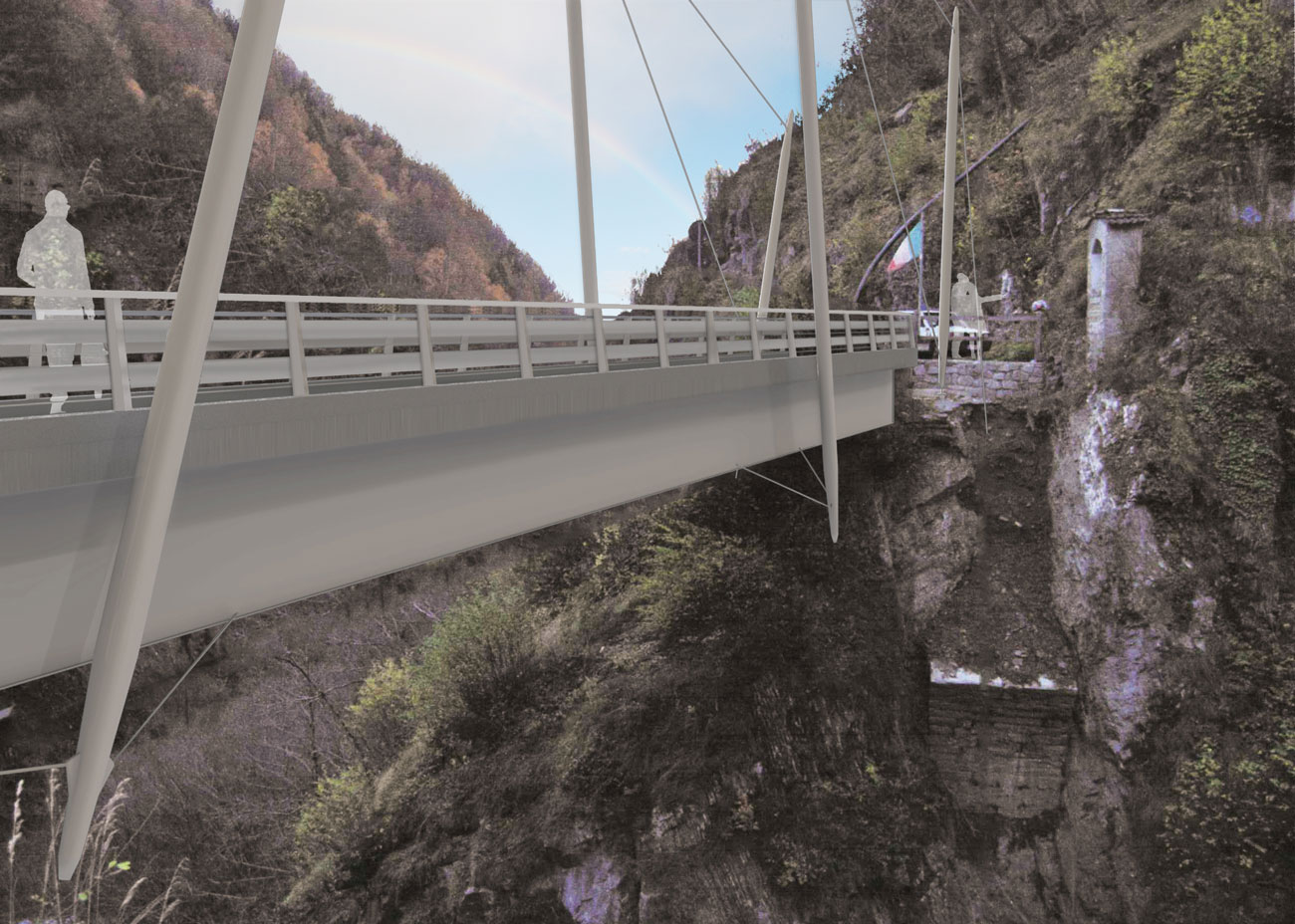 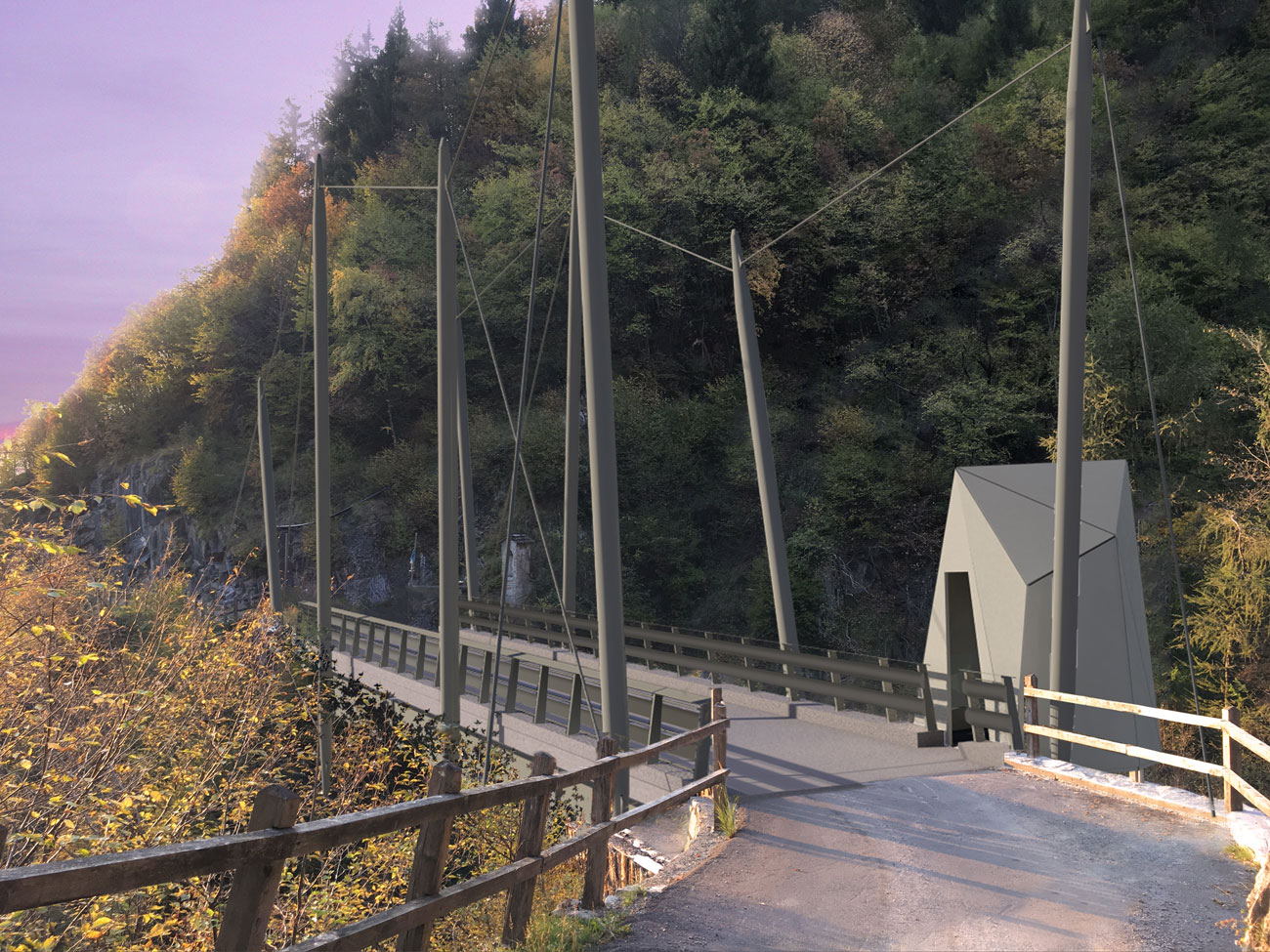 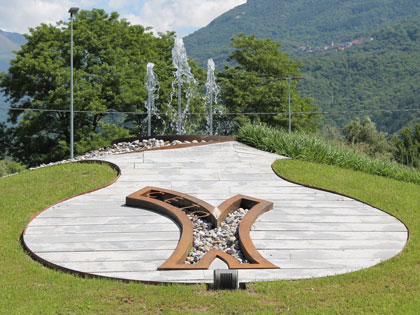 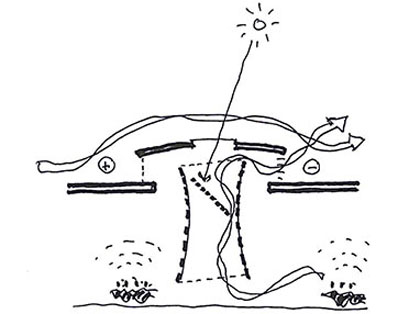