Microsoft Ireland has its own headquarter in Dublin already, but it is growing larger into a new wide campus facing the green area of Leopardstown Golf Club in Sandyford village.
The new building has a uneven plan, made of four main volumes merging together into a central block along non-orthogonal directions, covering about 35.000 sqm on the whole. The vertical distribution of the building is uniform on each elevation: the building lays on a two storeys basement, accommodating parkings and technical rooms, cladded in stone and partially underground; on the top of it a new public square lays partially above the country level around and allows all the accesses to the building; the ground level is almost completely wrapped in glass courtain walls in a rearward alignment from the upper storeys. The four main storeys, accommodating all the offices and the services rooms, are the distinguishing elements of the building project along with their uneven geometrys and aluminium claddings.
The top level of each elevation is variable, along semi-horizontal alignments, growing from the roof level in order to create barriers to hide the technical volumes on the roof itself. The heads of the four main buildings are closed on the top by steel beams, 25m long and laying on concrete walls on each end, these beams and walls have a light slope from the vertical and are covered in aluminium slats like the rest of the elevations.
The architectural project provides for a cladding in aluminium slats, whose standard dimensions are 150 cm x 25 cm; four colours are requested, that are obtained by different oxidation grades. This standard dimensions create a regular grid into which all windows and courtain walls are integrated.
The constructive project has been developed starting from the identification of all the single elevations to be cladded, on the main elevations and on the technical “plantrooms” on the roof; the second step was the definition of the modular grid of each elevation and then the creation of random distribution patterns for the slats colours. Each colour has a constant proportion on each elevation: 30% for each pale oxidation and 20% for each dark oxidation.
All the construction details have been developed for each significant position according to the main modular grid, then all the supporting structures for the slats have been designed, in order to endure the wind load expected on each elevation.
8.000 sqm of ventilated facade have been designed and installed on the whole; 24.000 slats have been used, divided into more than 1.500 different typologies that were all manufactured and installed according to our shop drawings. 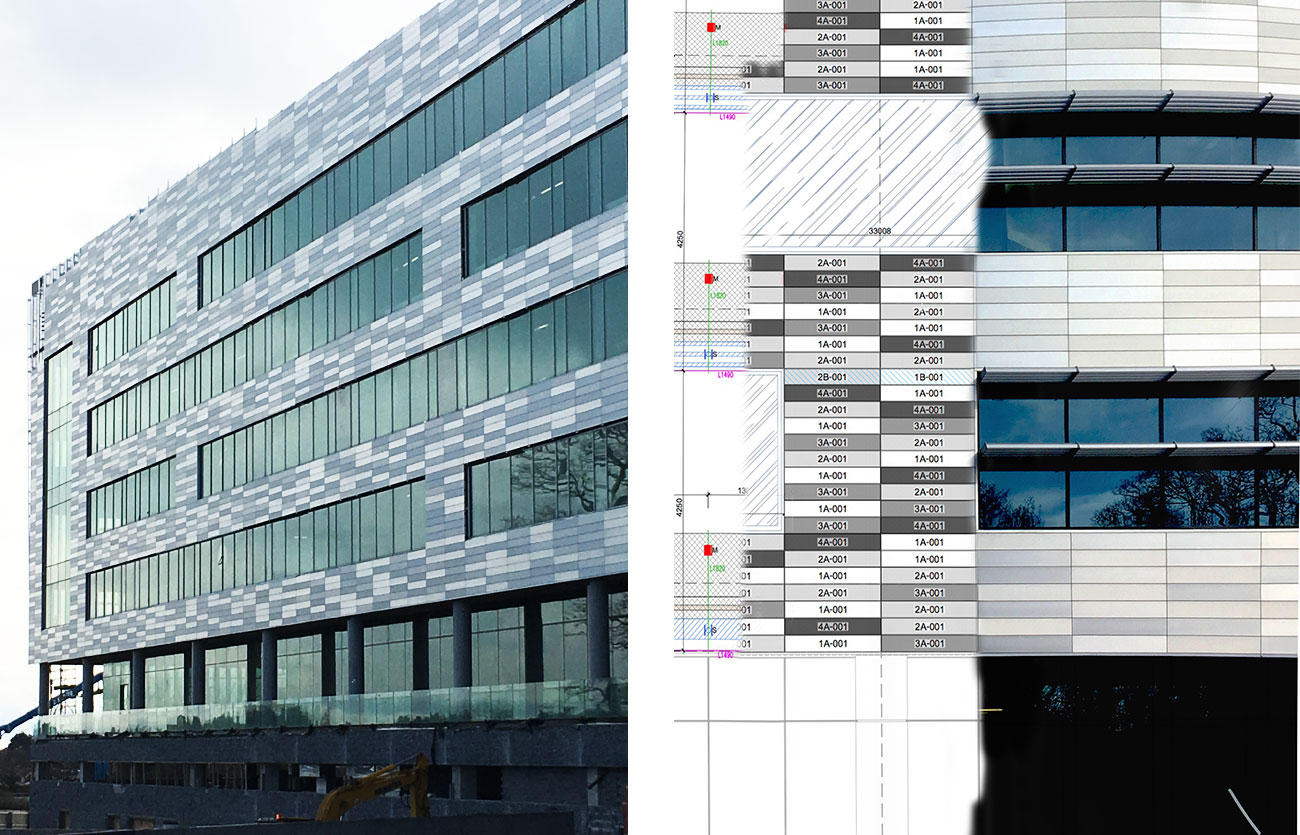 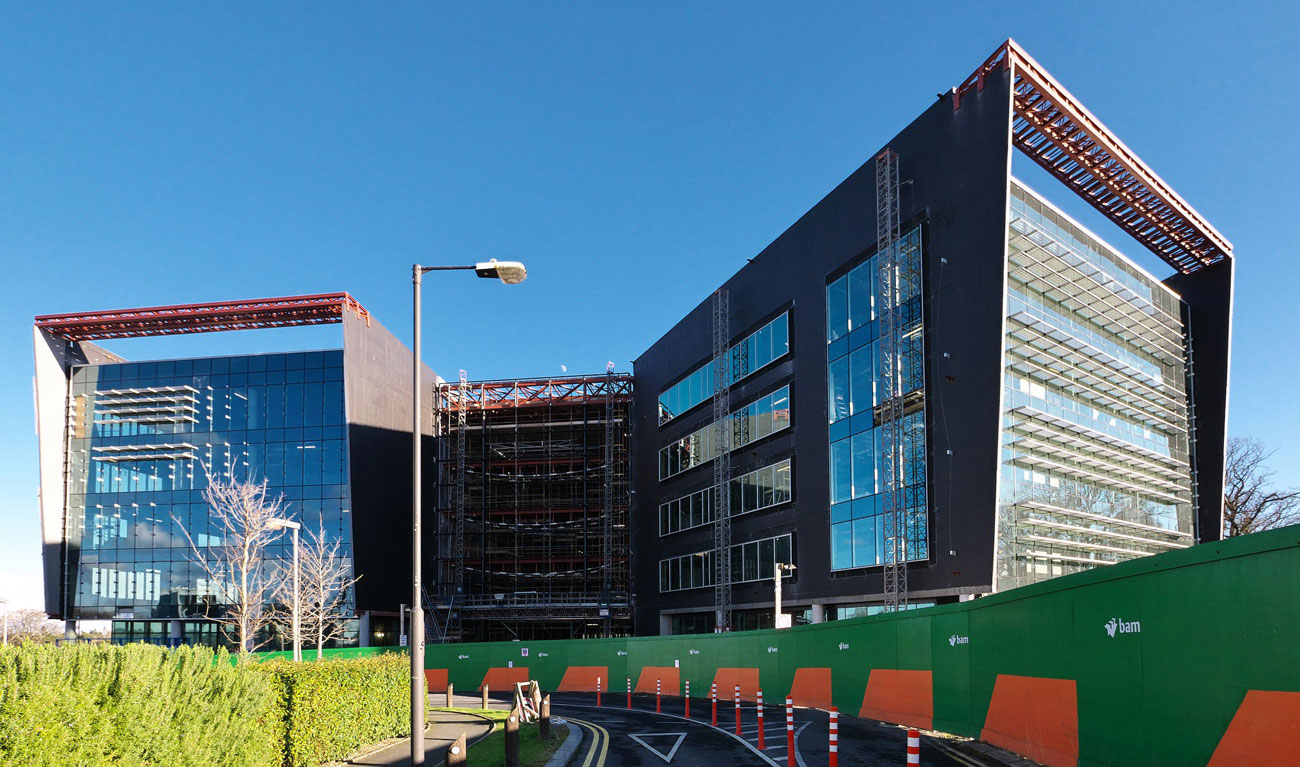 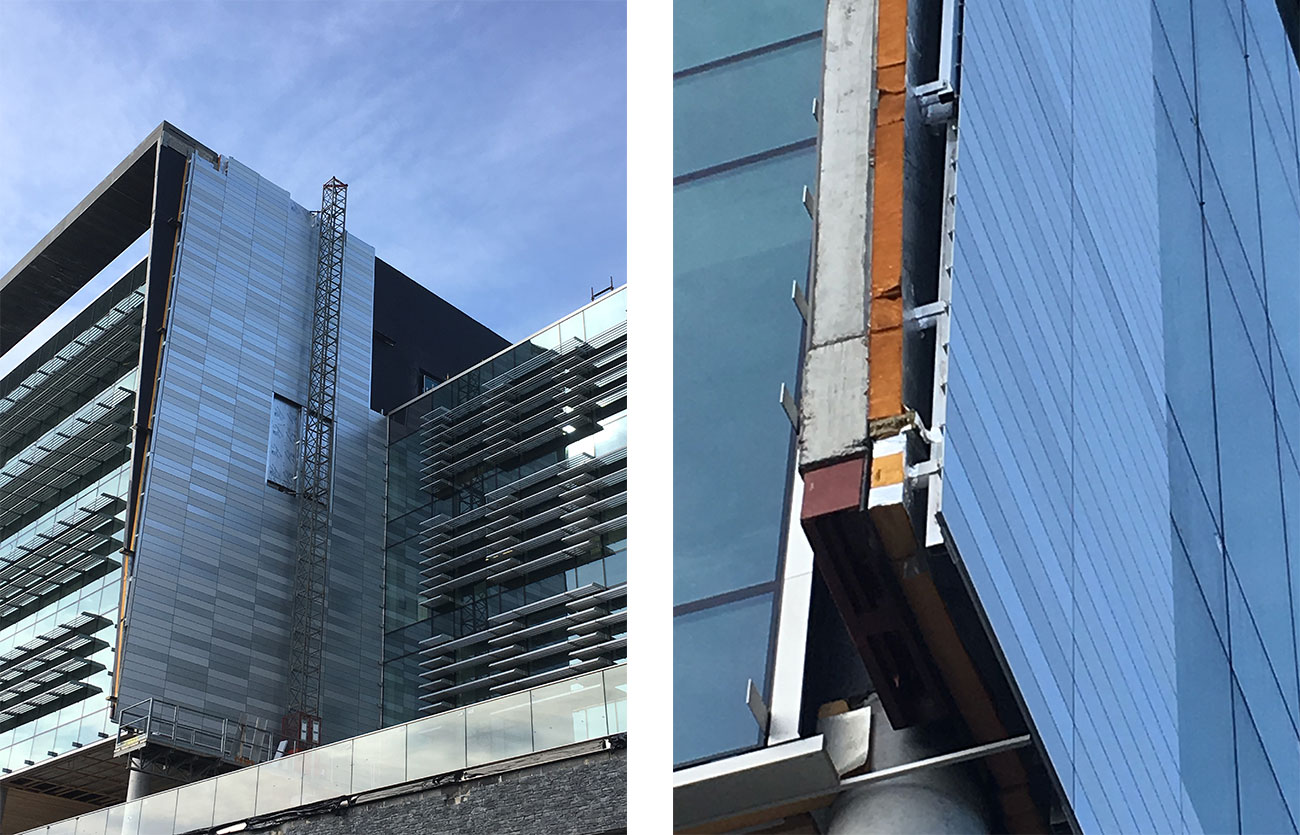 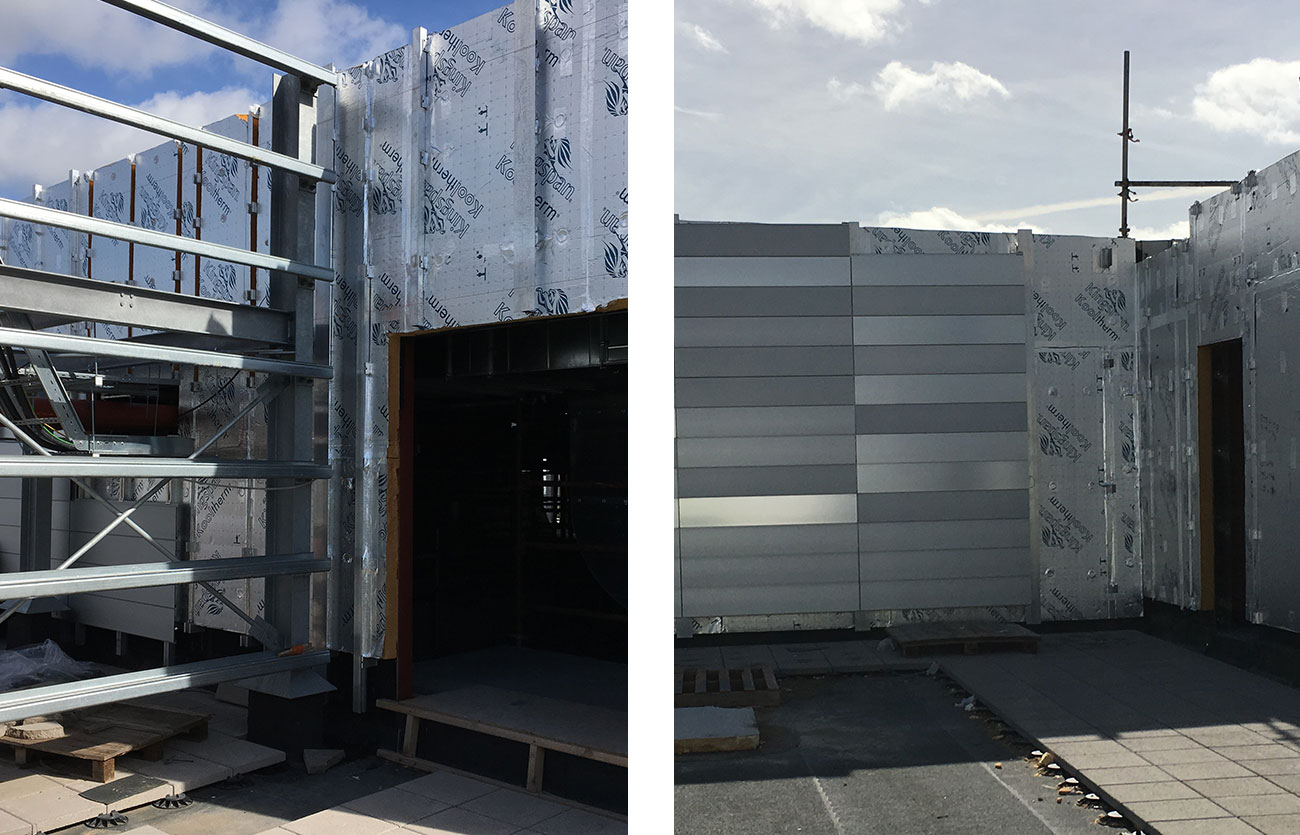 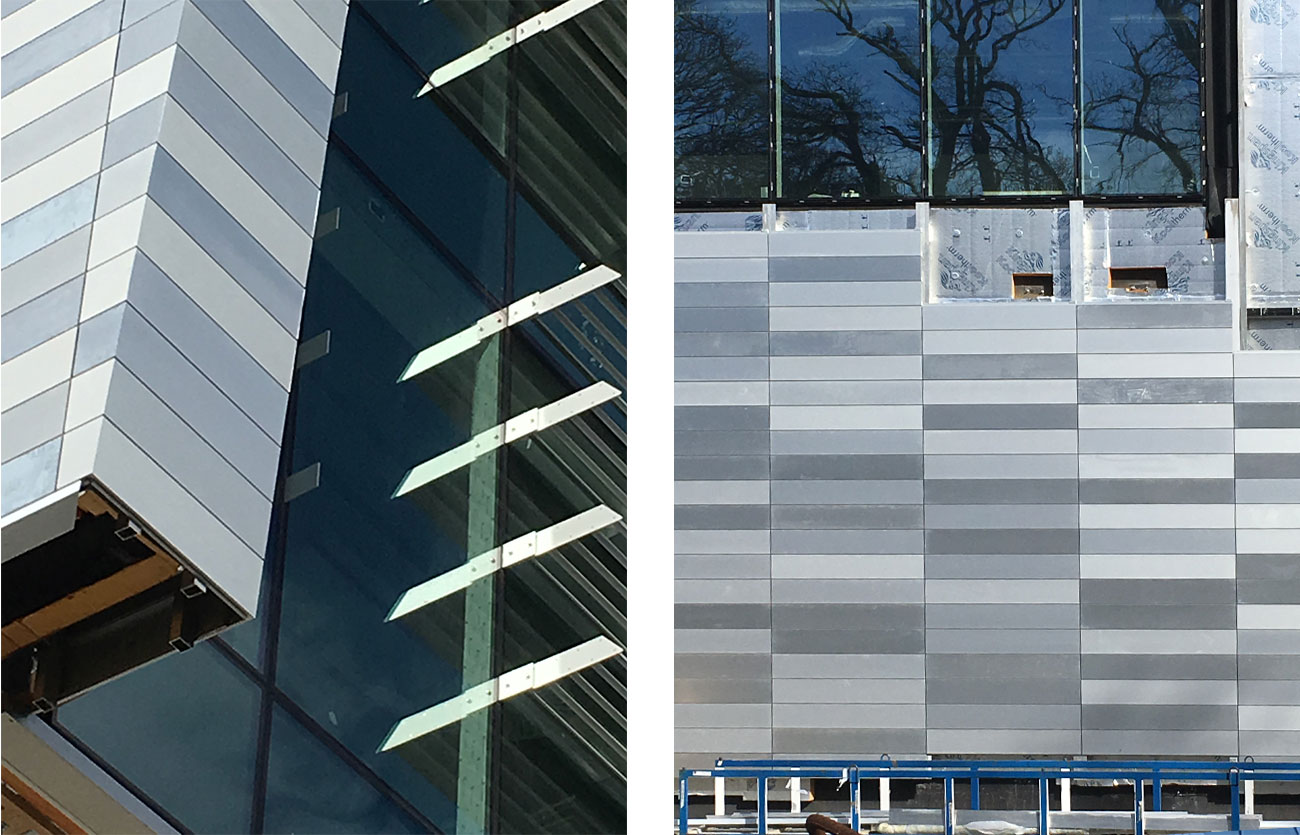 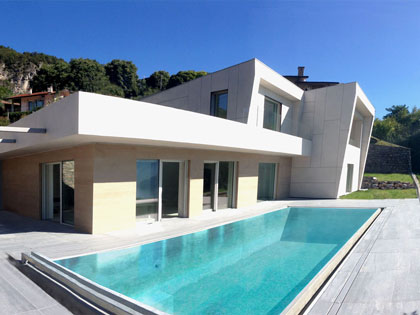 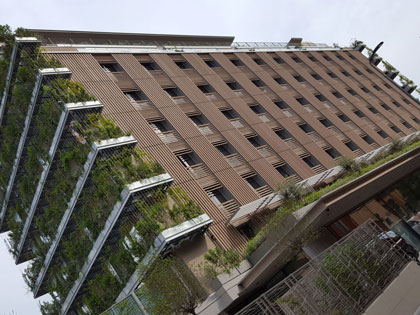 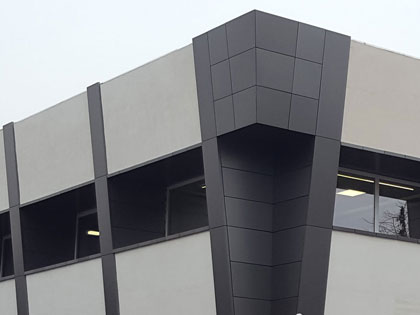 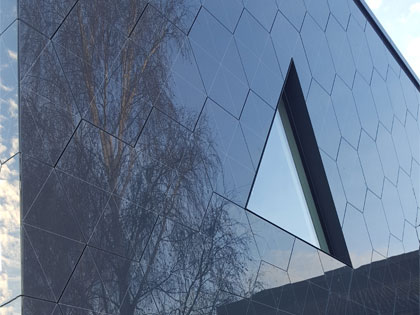 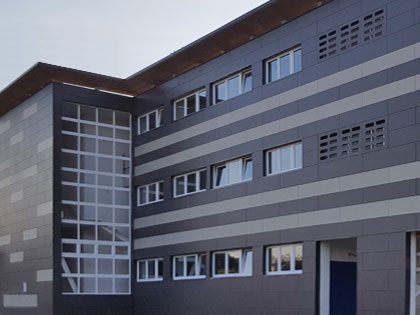 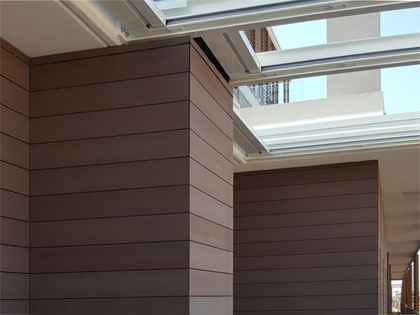 New building for flats – WOOD TOWARDS THE SKY 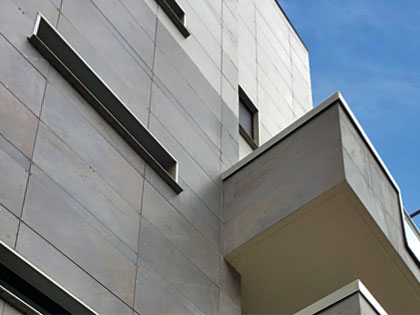 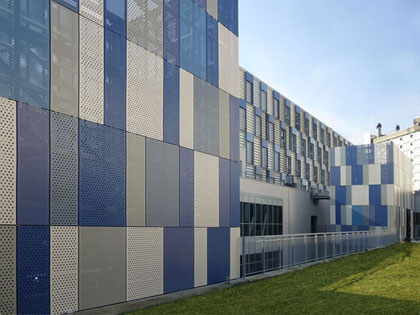 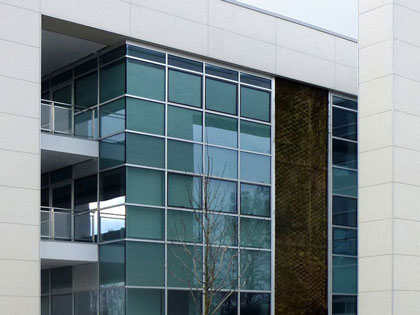 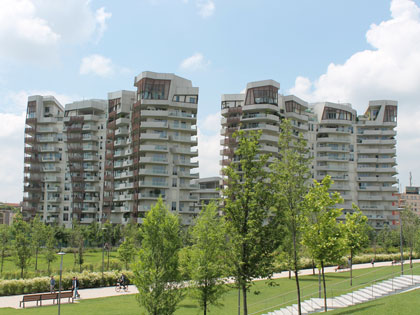 Sails made of louvres- Citylife